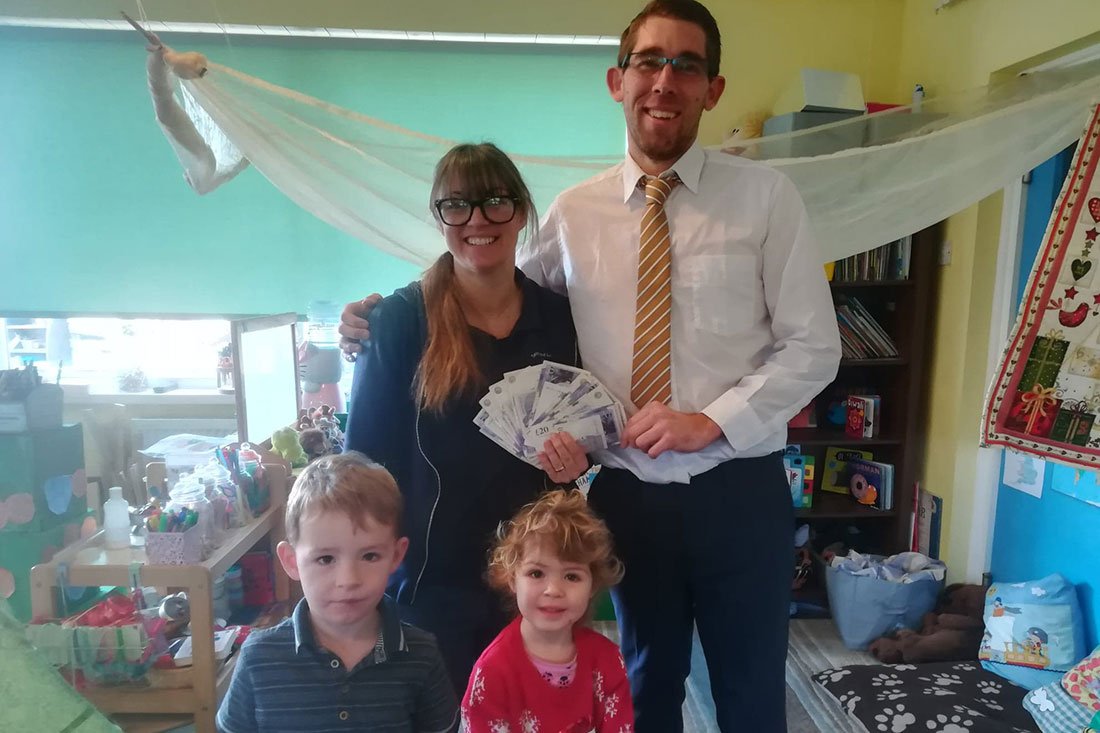 Sally who is currently the deputy manager at Sennen Pre-School scooped the £1000 jackpot after her ticket was pulled out the box by Karateka Cooper Hichens this past Friday. Sally is leaving her position at the Pre-School in the new year to attend Canterbury University where she will be studying a Postgraduate Certificate in Education.

This was the second year that Sennen Karate Club has run such a raffle and has again managed to reach our goal of raising £2000. This means that the club and Sally will receive £1000 each with the money helping the club secure its short term future.

Luke would like to thank everyone for their support either from purchasing tickets, selling tickets LIKING, SHARING social media posted to help spread the word. It wouldn’t of been possible to reach our target without all of your support!!

The winner of each prize was pulled out the box by one of the karatekas. The star prize was to be pulled out by the best dressed karateka which happened to be Cooper Hichens who was brilliantly dressed up as Mario.

A huge well done to all our winners!!

Also thanks to Annette Young who gave up her time to put on a fab disco for the night, to Jo Marsham and Cath Piggot for their donations, to Pat Spence and Elliot Jory for their help at Sennen Market this past 12 months and to Jo Totty for again allowing me to sell tickets and advertise the draw in her shop.

A special thanks goes to Simon Barnicoat who easily sold the most tickets and was presented with a £50 Tregenna Castle voucher as a show of our appreciation. Simon also got us several of the raffle prizes so he really did go above and beyond to help out. Without his efforts we would of struggled to hit our target

Look out for next years draw, it promises to be even bigger and better than this year!!!!