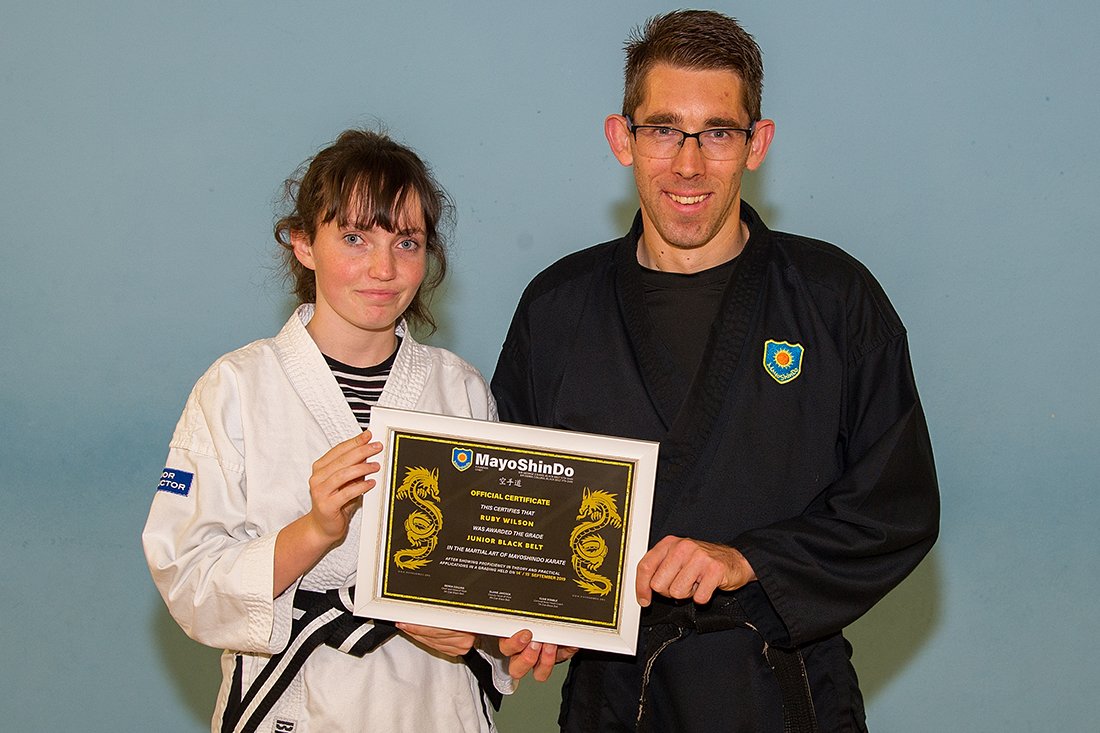 15 year old Ruby Wilson delivered a near flawless display this past weekend resulting in her successfully passing her Black Belt grading in Oxford!

Ruby who has been training at Sennen since she was 8 years old has always had the desire and determination to learn and improve her skill set. Even in her early days it was clear to see she had that special talent to quickly pick up the most difficult of techniques when other higher grades around her were struggling.

This led to Ruby climbing through the grades at a rapid rate, her attitude and conduct in class has always been exceptional ensuring she always gained the most from every opportunity. Ruby continued to push herself and attended every class possible, not even the male dominated adult class put her off, nothing was going to prevent her from achieving her goals.

In the months leading up to her Black Belt Grading Ruby worked hard to ensure she had the best chance to succeed, going over the entire syllabus to improve on any techniques that she was unhappy with and to keep the techniques fresh in her mind so that she could perform them to the required standard if asked.

Ruby performed superbly at her grading and impressed the grading panel who were all in agreement that she was at a level deserving of her Black Belt. Ruby was the stand out student and the only one to successfully pass their grading. Ruby earned her Black Belt almost 7 years to the day from starting her martial arts journey, proving that hard work and determination definately pays off.

Club Instructor Luke Jackson pictured presenting Ruby with her Black Belt and certificate said “This is a fantastic achievement and one she should be proud of. Ruby’s dedication and endless hours of training and sacrifice over the years has definitely paid off. It has been an honour training Ruby and i’ve enjoyed watching her progress and reach this standard, I can’t wait to see how far she can take it. She is a credit to herself and I couldn’t be prouder of her. Well Done Ruby!!!”