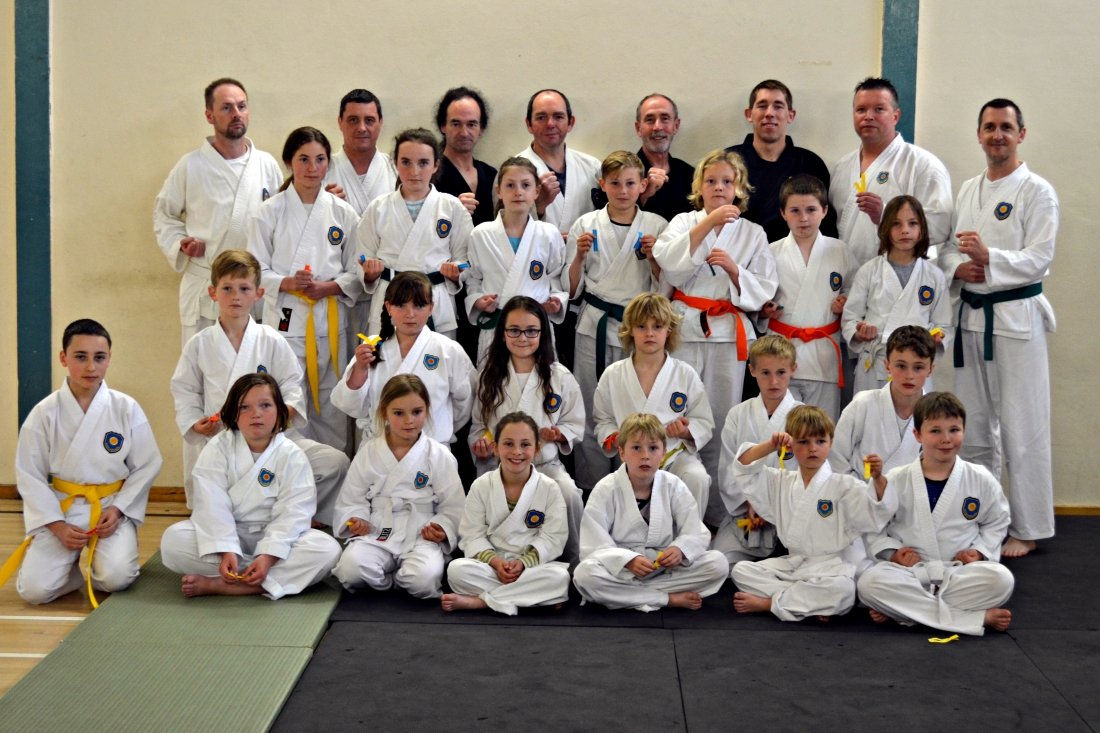 Members of MayoShinDo Karate had the chance to demonstrate their skills this past weekend when they attended the Annual Summer Grading at the Community Centre, Sennen.

Students from Marazion and Sennen MayoShinDo clubs were in attendance, and were required to show their skills in front of a grading panel consisting of Cornwall Area Coach and 7th Dan Clive Double, Sennen Instructor and 4th Dan Luke Jackson, Marazion Instructor and 3rd Dan Denzil Searle and Marazion Assistant Instructor and 1st Dan Paul Brooks.

For some this was their first taste of a grading environment. The grading was led for the first time by Luke Jackson who got the grading under way at 9am. The morning started off with a warm-up to get the students ready for what was to come. Luke then had the students perform a range of techniques from the syllabus appropriate to each belt. This lasted for just over two hours.

Once the grading had finished the grading panel got together to discuss each student’s performance and whether they had done enough to pass. The overall feeling was that everyone made a good effort to keep going for the duration of the grading and to perform all their techniques correctly. The standard was high and the grading panel were impressed with everyone’s overall attitude and standard.

The following grades were awarded:

Tags are awarded as part-way grades between belts for those who are doing well but haven’t yet trained enough to get the next belt. A big Well Done to all students!!

The Sennen MayoShinDo Club runs every Friday evening (including school holidays) at the Community Centre. Classes start at 6pm and are just £3 per class

The Marazion MayoShinDo Club runs every Tuesday evening (including school holidays) at Marazion Junior School. Classes start at 7pm and start from £3 per class.