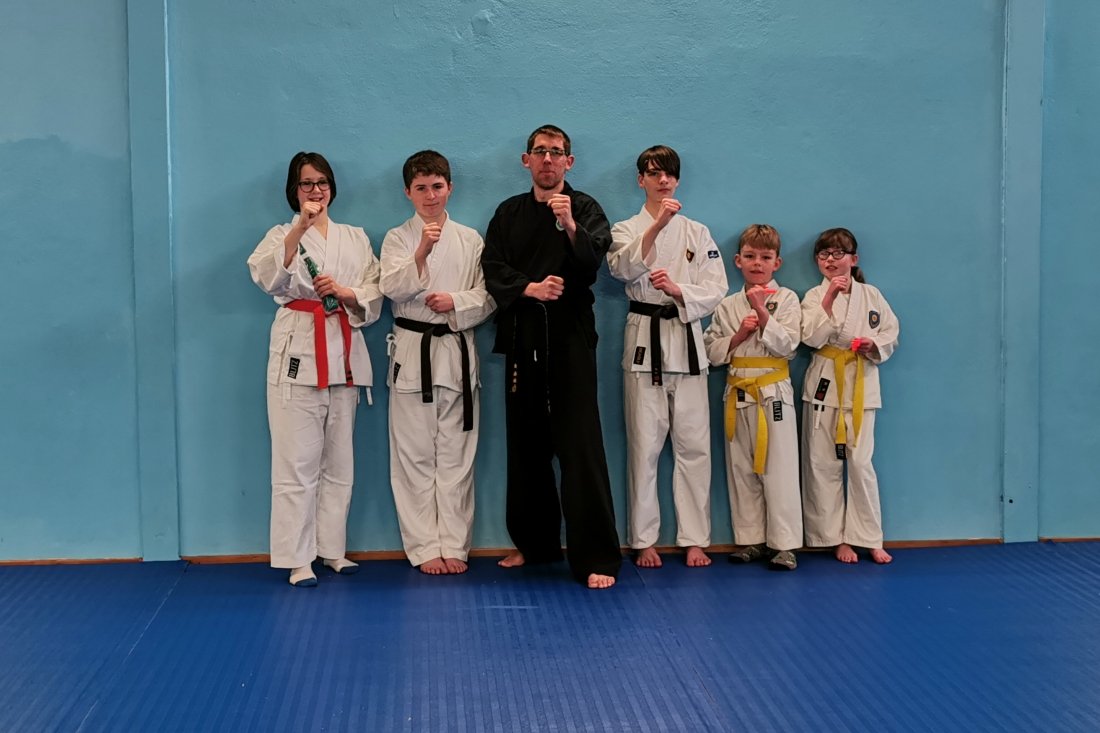 Several parents make the decision to pull their child out of the grading based on government advise.

On Saturday 21st March 2020 our annual spring karate grading took place at the usual location of Sennen Community Centre, but this was no usual grading…

The country was in the early stages of a worldwide pandemic where a deadly virus had reached our shores and the government were starting to take preventative measures to stop it spreading.

It had been announced at the start of the week that all schools would close on the Friday before the grading, which we felt the risk to us and our students would be minimal at this time. That Friday night things developed further with the announcement that all clubs, pubs and other social hotspots would be forced to close immediately.

The morning of the grading saw several parents make the decision to pull their child out of the grading based on government advise. This is something we fully support as the health and wellbeing of our students is our primary concern. By the time dust had settled it was too late to cancel the grading as there wasn’t sufficient time to contact everyone, so we went ahead with it but put special measures in place to help limit any potential risk to the students, this included completely removing any paired up activities from the grading, keeping the students spaced 2 meters apart on the mats, advising them to wash their hands on arrival and cutting the grading short to last just two hours.

The grading was run by Sennen Instructor and 4th Dan Black Belt, Luke Jackson. Due to the circumstances surrounding the grading and the low turnout it gave us a rare chance to fully scrutinise their every move. The grading was separated into 3 sections, stepping and footwork, blocking, kicking & punching and kata. Each student was told what they had to do with advise being given on what need to be done to ensure it was correct, after completing each section the students were then forced to display everything again but this time in front of their examiner and two brown belt students Finn and Tommy, this time no guidance was given, it was a test to see who had been listening and how well they understood the technique.

The grading itself went superbly, all students were faultless in their approach and their level of focus and detail in their techniques was very pleasing to say the least, just wish we could have more of that in class

The results are as follows

A big well done to all students, i couldn’t fault your commitment and approach today.

Due to the unprecedented circumstances surrounding the grading, it has been agreed that once we return to training we will hold in-house club gradings over the course of several weeks to ensure those who couldn’t make this one would not miss out.

Stay safe one and all, look forward to seeing you all soon.