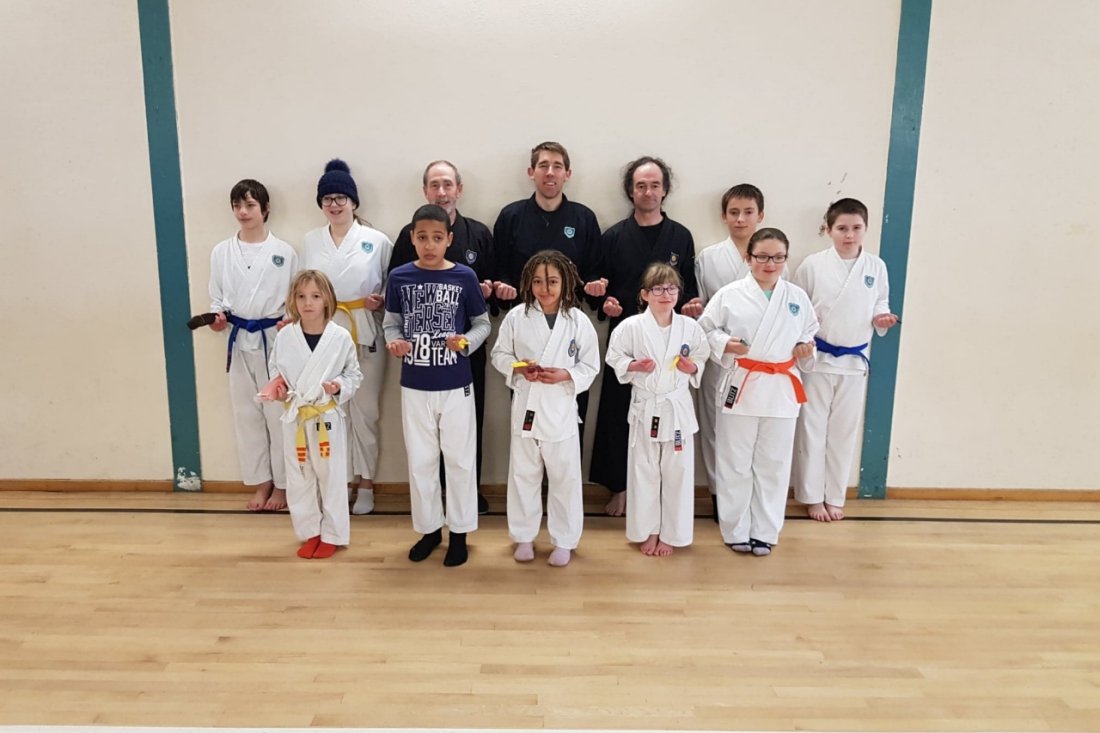 On a bitterly cold Saturday morning in February, students from Sennen Karate Club gathered at Sennen Community Centre to undergo their physical grading examination. Despite the heating being on the hall was still cold and students knew they had to work hard not only to impress their instructors but just to keep warm.

The students were graded on a number of categories including footwork, blocking, kicking, punching, movement, kata, and spirit. Each student was given a mark out of 5 for each category. A 1 score being classed as performing below expectation for their grade and a 5 score being classed as performing better than expected for their grade. Then at the end of the grading an overall mark would be given based on the scores. That score along with the number of hours the student has trained and how often they attend class was used to determine the students fate.

So it began!
9am students got into lines and the grading got underway. The first hour saw students perform an array of techniques based on their grade. This was done in lines to give the examiners a chance to see everyone together, pads were also used by the examiners to see just how effective each technique was. Once the majority of techniques had been demonstrated students were then asked to pair up to see how well they could cooperate with one another.

Towards the end of the grading each student faced the daunting task of performing a kata in front of the entire class, something that is very difficult to do, knowing that everyone is watching your every move. The higher grades then finished with some free practice or sparring whilst the others practiced their falls and rolls.

After two hours the grading came to an end and it was time for refreshments for the students whilst their performance was discussed by their instructors.

The feedback was mostly positive and the instructors were pleased with how the students had performed.

The results are as follows:

A big well done to all students that attended today, a special mention to Phillippa who was today’s stand out student, more of the same please Phillippa!!See you all next week
Luke