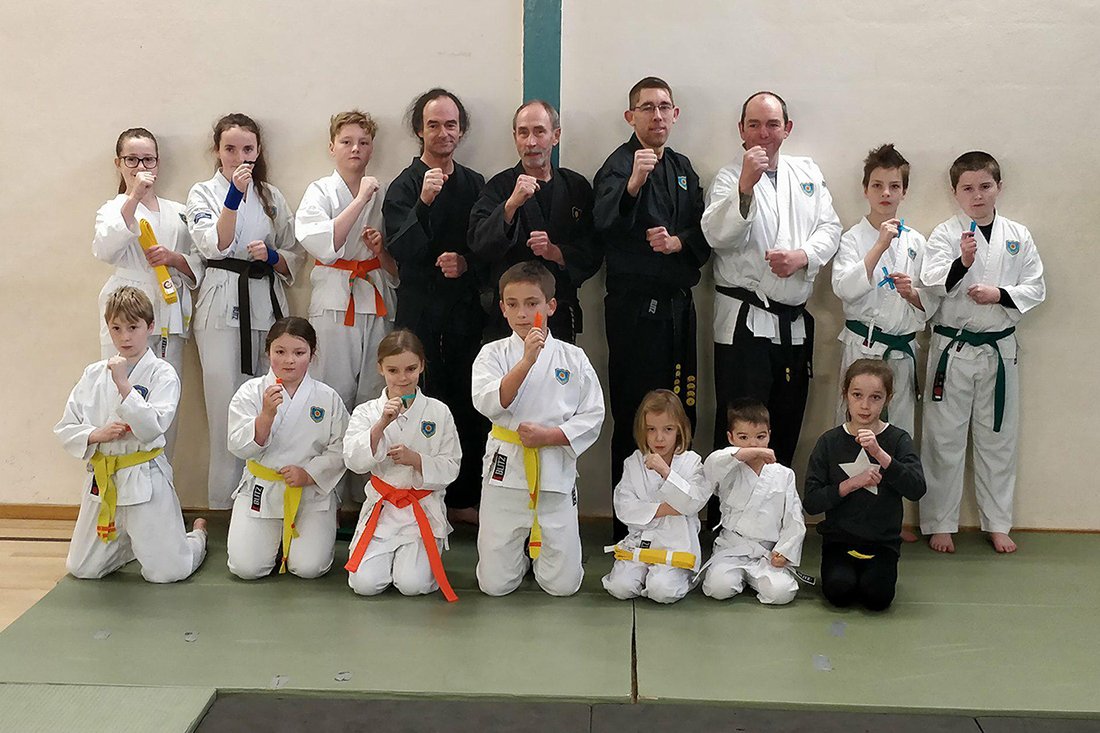 Karateka’s from Sennen and Marazion MayoShinDo Karate Clubs attended the annual Cornwall spring grading this past weekend at Sennen. The karateka’s had to endure a gruelling 3 hour practical exam where they had to impress their club instructors and Area Coach with their techniques.

The karateka’s had an early start to the grading and the venue was cold. It was evident in the first 30 minutes or so that most of the karateka’s were struggling with these conditions making some basic mistakes. However standards quickly improved and as the grading progressed the karateka’s showed a good level of spirit and determination to finish the 3 hour intensive grading.

Congratulations to all the students who attended today, your instructors were impressed with your focus throughout and as always individually there are things that need to be improved, but on the whole a really good effort by all Karateka’s.

The following students passed their grading and earned a new belt

The following students also passed their exam and were awarded additional tags to be added to their belts getting them closer to their next belt.

Again a big well done to all Karateka’s who persevered for the entire 3 hour grading. Starting next week classes held on the first Friday of each month will focus on basic techniques, it is important that we focus on getting the basics correct as it will build a good foundation for the rest of your training. I know these classes won’t be the most appealing, however it is paramount that everyone attends them to ensure they maintain a good standard. Students who regularly fail to attend these classes will find themselves falling behind.

A quick reminder to all students that Sunday classes at Sennen will be moving to a new time of 9.30 – 11.00 AM every week starting from the 4th of March.