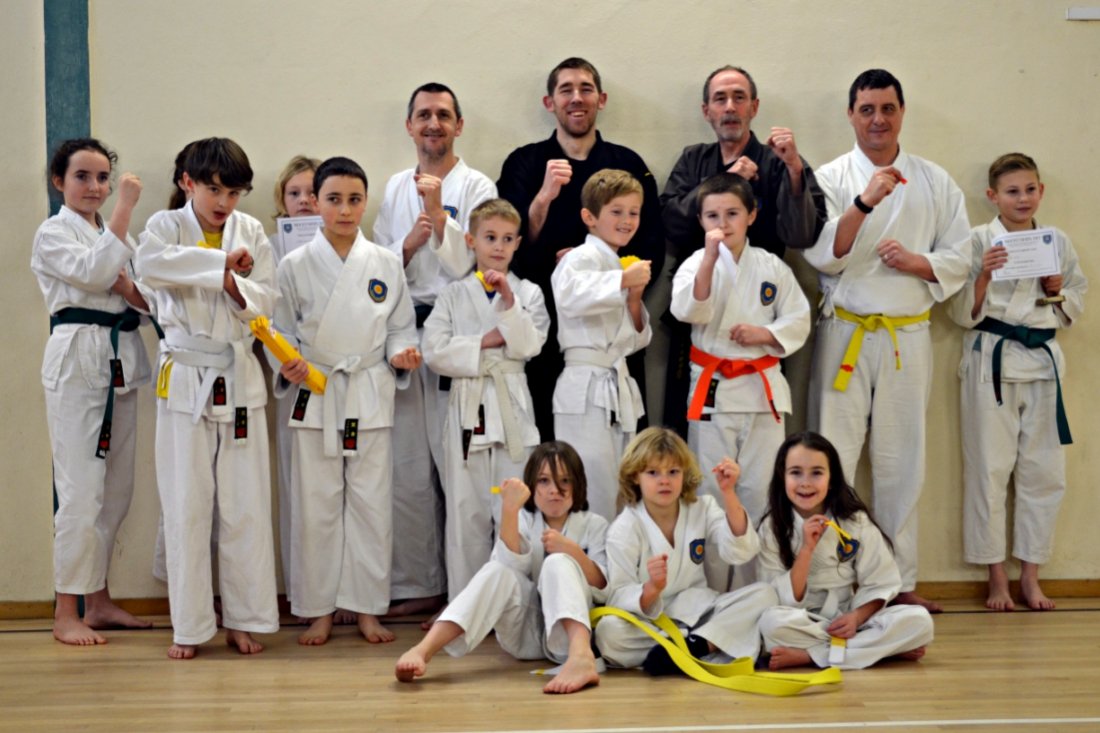 This years Cornwall Spring Grading took place on Saturday the 30th of January 2016 at the Community Centre, Sennen. Students from Sennen and Marazion MayoShinDo clubs were in attendance. The grading lasted two hours with students demonstrating their techniques in front of of the “Grading Panel” Cornwall Area Coach and 7th Dan Clive Double, and Sennen Club Instructor and 4th Dan Luke Jackson. Clive and Luke were impressed with the overall effort students had shown on the day and awarded the following grades:

At the end of the session Clive presented two special “Karateka of the Year” awards to Ruby Wilson, for outstanding effort and progress, who trains at Sennen and Rosco Reid, for long-term commitment and steady progress, from the Marazion club. Karateka of the Year Write-Up

Well done to everyone who attended the grading, keep up the hard work, look forward to seeing you all next week!