Cornwall Karateka Of The Year 2004 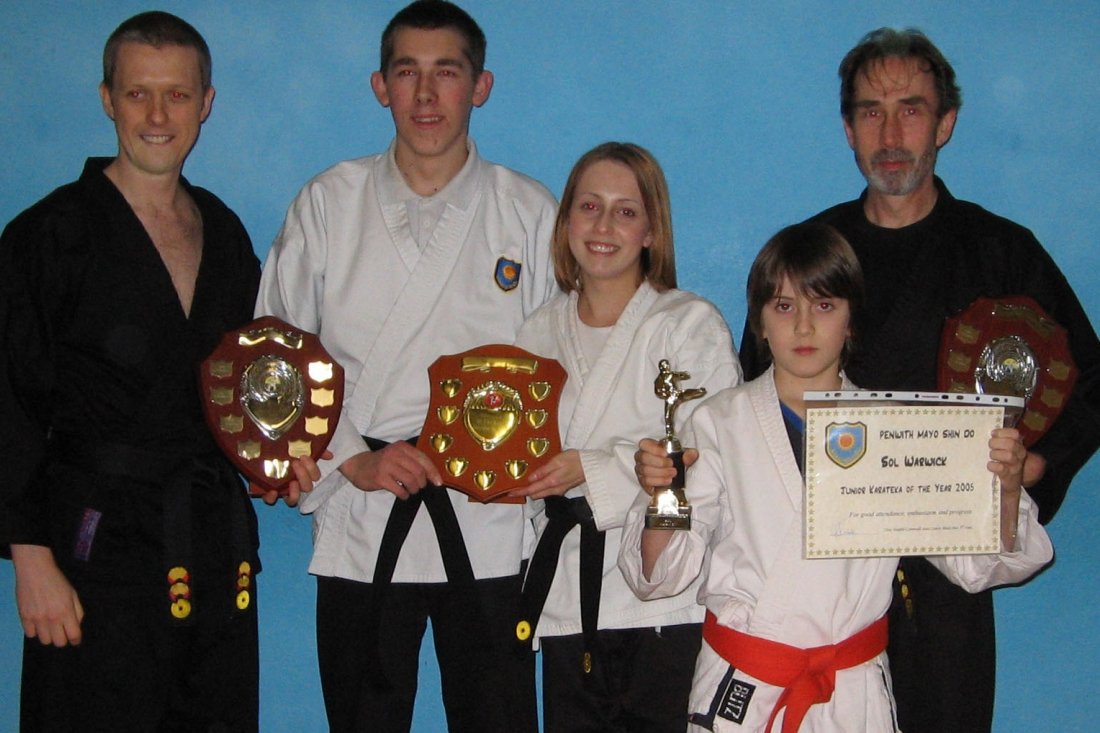 The only three awards being presented nationally each year, Penwith Mayo Shin Do Karate Clubs scooped two of them at the Cornwall Area 2004 Karateka of the Year Awards on Friday 21st January, 2005.

The two national awards for promotion and comprehension were sent down from the Mayo Shin Do Head Office in Oxford and, together with the local Karateka of the Year Awards were presented to the recipients at Sennen Community Center. “With so many Mayo Shin Do Clubs and Karatekas in the country, it is a great honor to receive two national awards in Penwith” said Cornwall Area Coach Clive Double.

Despite being so far away from the center of the style, we are very pleased that our clubs have received this recognition. We wouldn’t have got them though without the support of our own keen and enthusiastic karatekas.