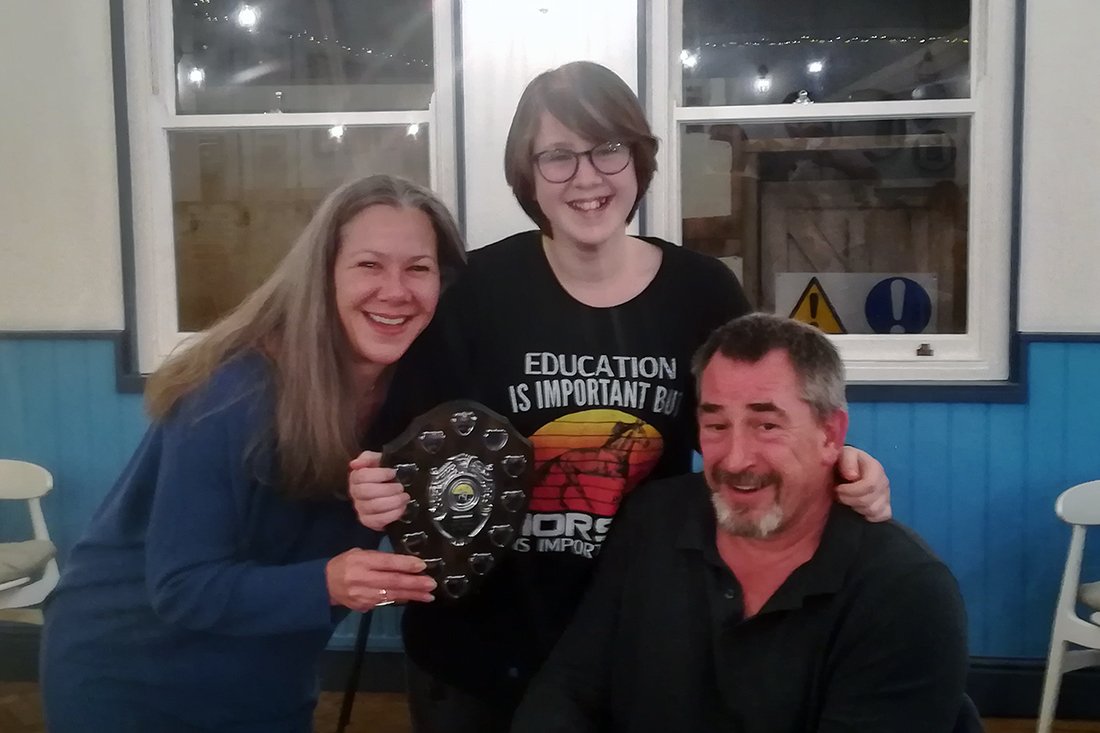 Congratulations Phillippa Gopsill who was awarded the Cornwall Karateka Of The Year Trophy for 2019 after a stand-out year.

Phillippa, pictured with her parents at a recent social gathering at the Old Success Inn, received the award after an impressive year at Sennen Karate Club. Phillippa’s attendance has been exemplary which has seen her techniques benefit as a result. Her focus and maturity has improved greatly and she is always happy to help out the younger students.

As always choosing one stand-out student is always a difficult task and there were several other karatekas from Sennen and Marazion who were in contention.

The Karateka Of The Year Trophy was introduced back in the early 2000’s when then Sennen Club member Andy Blythe introduced the award to recognise and reward the karateka who impressed the most over the year. Some of the past winners are Caleb Marsden, Sophie Tidey, James Harvey, Mawgan and Tegen Elford, Ruby Wilson, Rosco Reid, Finn Edwards, Sol Warwick and many others. Who will be next…