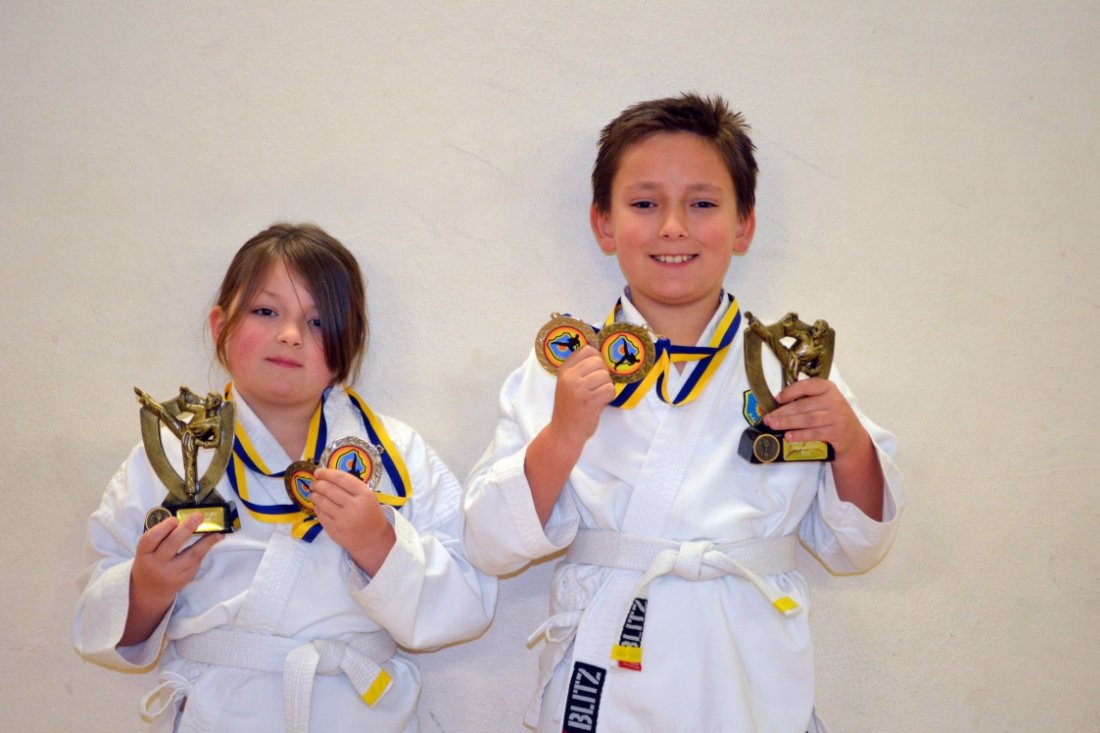 Congratulations to our joint Karateka Of The Year 2016 students Mawgan and Tegen Elford. Both students were presented the awards by 4th Dan and Sennen MayoShinDo Karate instructor Luke Jackson this past Friday night.

Ever since Mawgan and Tegen began karate at Sennen, their attendance record has been extemporary, often being the only ones to attend classes during the summer. Both students have shown great dedication to the club and the style and are always keen to learn durning class. Their self discipline and respectful manner has been a testament to their character allowing them to progress and continue to progress in the future.

This year due to the club doing really well with a regular member base turning up every week, it was felt that more should be done to show our appreciation and to give something back to the students for their hard work and efforts over the past 12 months making this a successful club. Several additional awards in the form of medals were awarded to students who had excelled in various aspects of karate.

To make the event a bit more special for the children Snapshot Shirley a local portable photobooth, was on hand with her props to capture the excitment. Photos of the students having fun with the props can be seen here

The awards are as follows:

All students have been fantastic over the past year and it was only fitting that they should all receive a medal to say thank you for their hard work and commitment.

A big well done to everyone for making this club such a successful one and hopefully one which is enjoyable to be part of. Keep up the good work!!!!