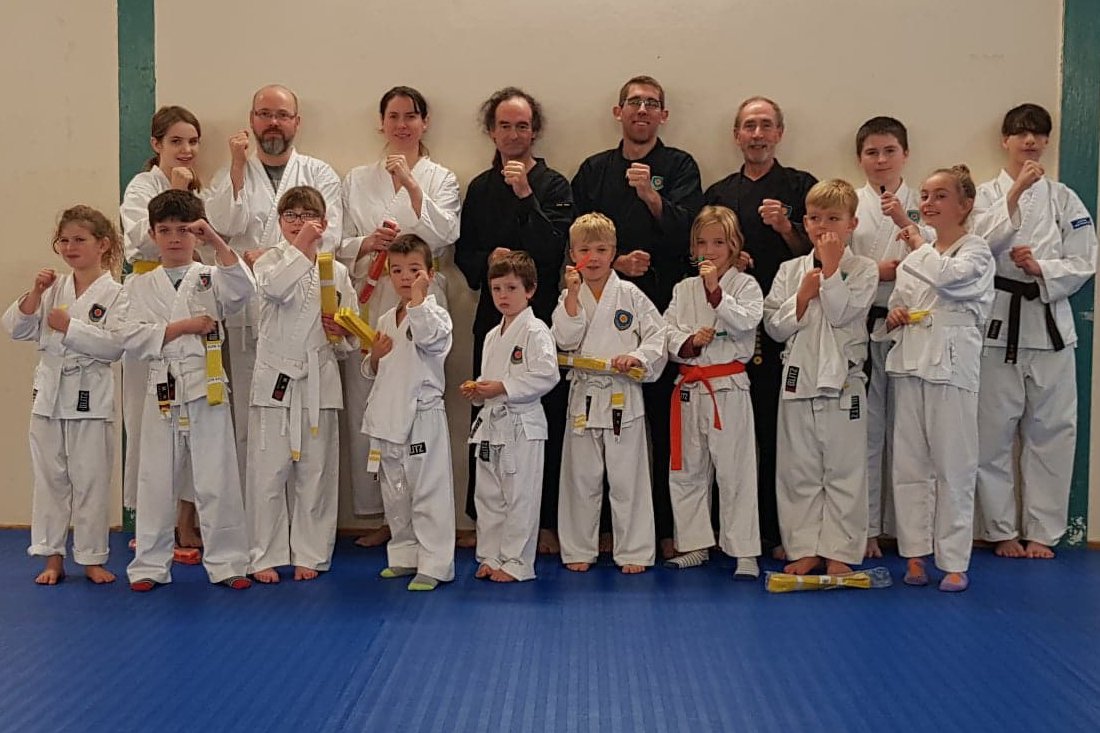 Karatekas from Sennen and Marazion MayoShinDo Karate Clubs get their just rewards after an impressive performance at todays Cornwall grading.

On a wild November morning in Sennen karatekas were arriving at the venue unaware of the threat the weather posed to the grading. Having already suffered a power cut earlier in the morning and with driving rain and gusts of wind reaching an impressive 113mph the potential for further power cuts was extremely likely.

Luke led the karatekas through a vigorous warm up followed by some basic break falls and rolls to get the grading underway. After some paired up work and stepping across the hall demonstrating various techniques karatekas returned to lines to show off their basic yellow belt techniques, this included stepping, blocking, punching, and kicking. This is something that is really important, if the basics aren’t correct especially as a higher grade it can have a negative impact on your techniques and hinder your progress.

Next up was kata, Luke asked Brown Belts Tommy and Finn to lead allowing the examiners to assess the karatekas performance as well as how well Tommy and Finn called them. We finished up with some group line ups with the karatekas striking a pad which was held by an examiner, this was to test their focus and technique. It is often tempting to hit a pad with as much force as possible, unfortunately this usually always sacrifices technique, the goal was to see who had the right balance of technique, power and focus to land a good strike.

The grading finished up with some sparring for the higher grades and some paired up avoidance work with the lower grades. Then it was time for some well earned refreshments.

Following an impressive display from all karatekas the results are as follows:

A big well done to all karatekas especially to Mabel who was the stand out student today and to Enid who despite not feeling well put in a solid display. Clive said this was one of the best gradings he has seen in terms of quality so well done everyone, top effort!!!

Thanks to Phillippa for your help and overseeing the refreshments, hope your knee heels soon and you can get back to training, but don’t rush it.