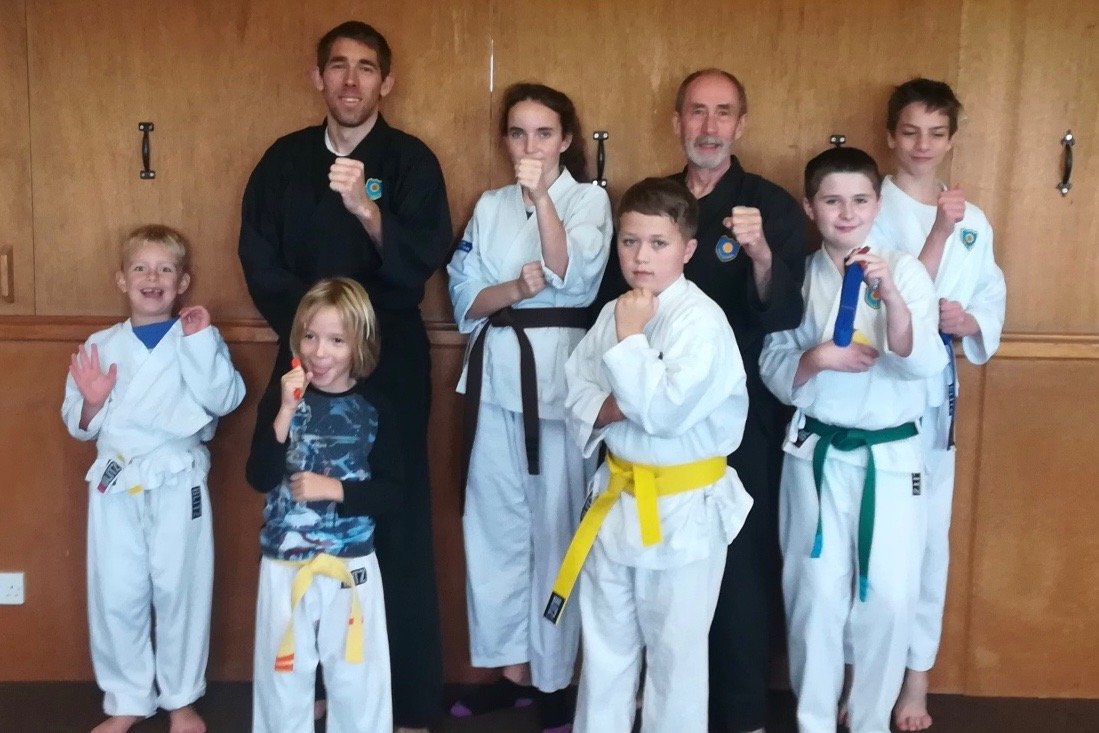 Today, 27th October 2018 saw our karatekas attend our annual autumn karate grading, which after some last minute organising was held in the committee room at Sennen Community Centre. Due to the fact this grading was held during half term, our usual room was already pre-booked and most of our students were unable to attend.

However those who could make it showed plenty of spirit and good technique to impress the grading panel of Cornwall Area Coach and 7th Dan Clive Double, Sennen Instructor and 4th Dan Luke Jackson and Sennen Junior Instructor and Brown Belt Ruby Wilson.

Congratulations to all the students who attended today, the following grades were awarded!