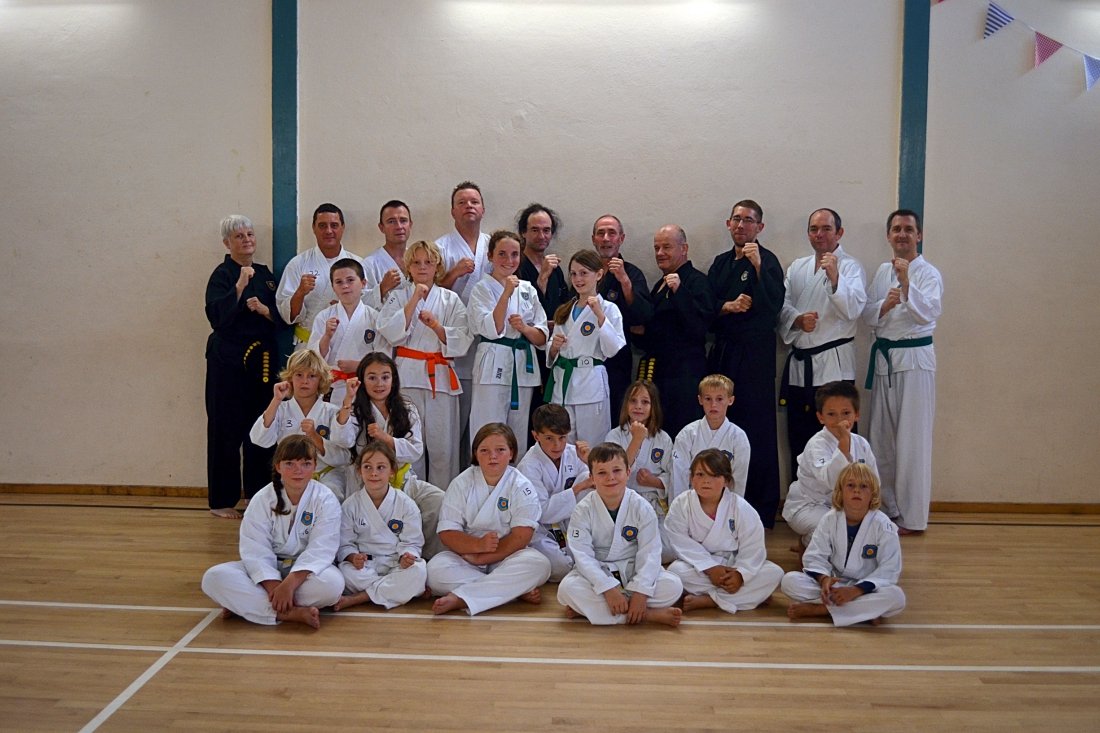 On Saturday 17th September members of the Sennen and Marazion MayoShinDo Karate clubs had the chance to demonstrate their skills when they attended the Annual Autumn Grading at the Community Centre, Sennen. Students were required to show their skills in front of a grading panel consisting of Cornwall Area Coach and 7th Dan Clive Double, Sennen Instructor and 4th Dan Luke Jackson, Marazion Instructor and 3rd Dan Denzil Searle, Marazion Assistant Instructor and 1st Dan Paul Broocks and 1st Dan Neil Harvey. If that wasn’t enough pressure the students had to impress two other very special guests. MayoShinDo Chief and Head of style Derek Collins (9th Dan) along with Deputy head of style Elaine Jaycock (8th Dan) from Oxford were also in attendance.

The students were in good spirits and ready to go. The grading, which was led by Luke Jackson begun at 9am. The grading as always started with a warm up to get the students ready for the next couple of hours karate. The warm up incorporated some yoga based mobility and stretching exercises before doing some cardio based exercises. Once the warm up was complete the grading really begun. Students were asked to demonstrate a range of techniques from a syllabus to a standard that reflected their grade. This included punching, kicking, stepping, combinations, falling and rolling, and kata’s amongst many others.

After two hours of continuous training and trying to impress the black belts, the grading finished and the students had a bite to eat whilst the grading panel discussed how they had performed.

The following Grades were awarded

A big well done to everyone, not only impressed the local examiners but our head of style and deputy head. Keep up the good work!!!!