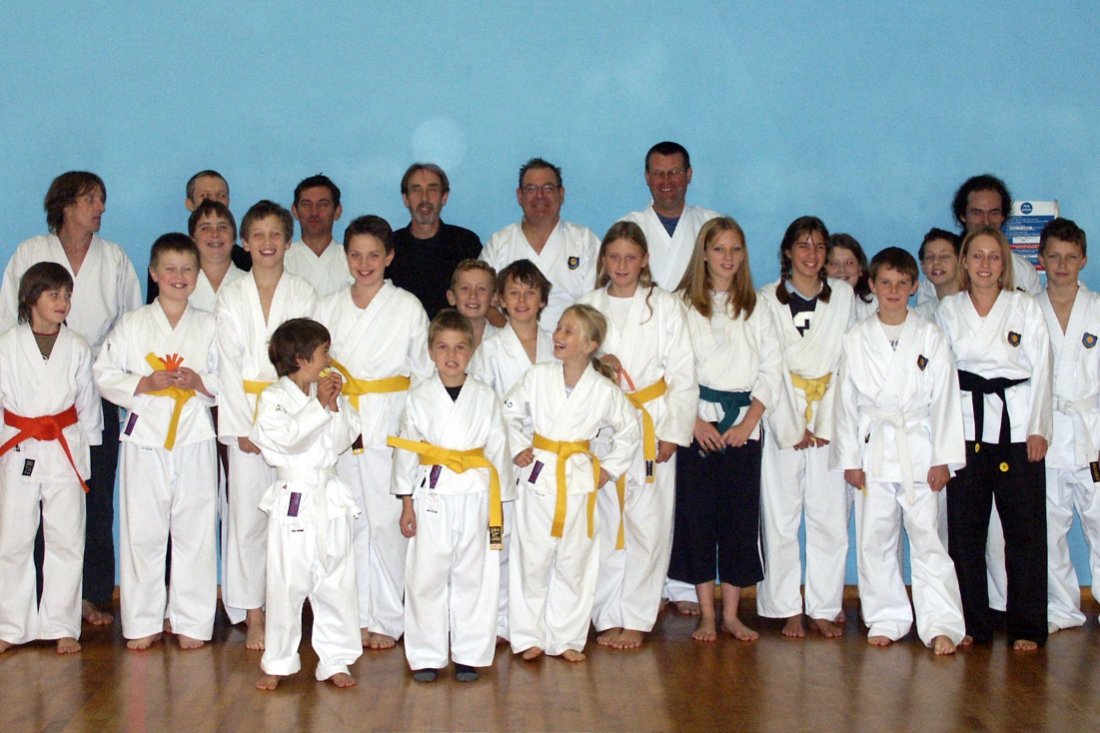 Brown Belt Andrew Symons now has to be assessed at a special Black Belt Grading and therefore could not himself grade at this time. But he put his knowledge and skills to good use by performing the relevant moves in front of the rest of the students as a model.

At the end of the session the students were awarded their new belt or ‘tags’ (a part belt). This depended on their effort or ability on the day, although their time training and club performance were also taken into consideration. Congratulations to all those who worked hard and achieved the standard.

Says Clive: “Well done everyone! – it was great to see everyone in lines showing off their skills. Just keep working to get better and better. That’s everyone – Black Belts especially! Thanks to Les for providing the refreshments, Belinda and Poppy for the photos and their work in the kitchen. See you all again in February 2005 for the next grading”.