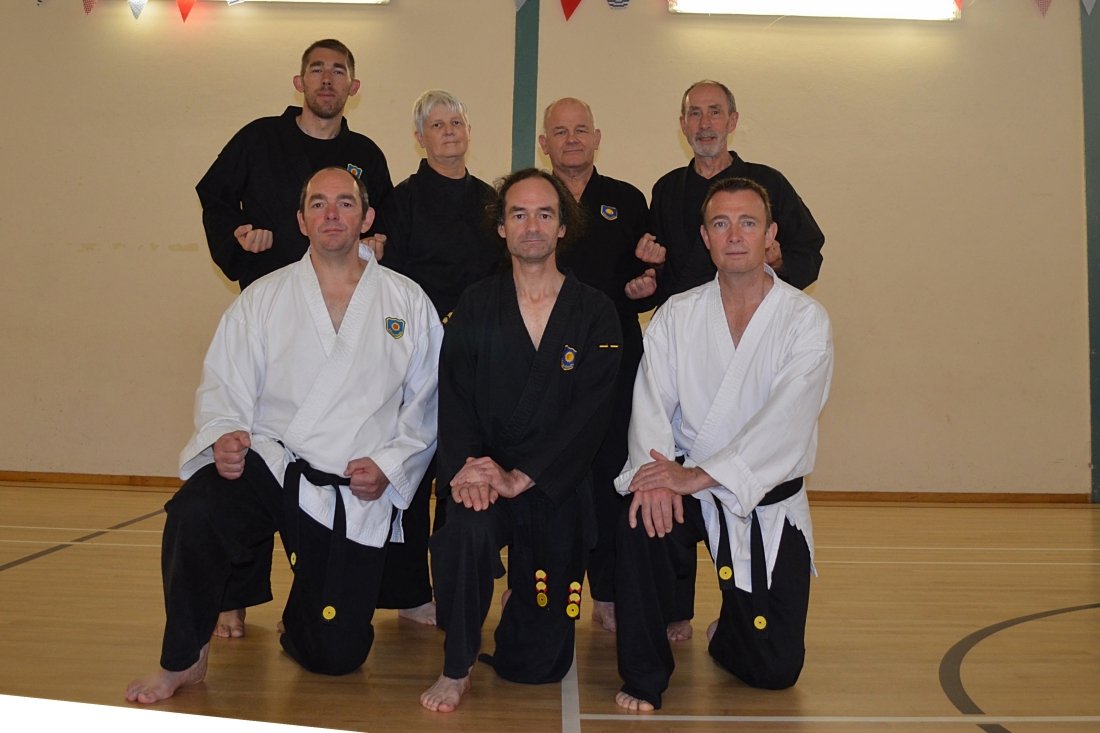 Denzil was asked to take the warm up due to him grading, this lasted about 25 minutes. Derek Collins then took the class throught various techniques giving his input and knowledge into how they should work. No matter how good you think you are doing something there is always room for improvement. Students had to demonstrate their understanding of certain techniques with some lower grades being asked to correct the higher grades who were not doing them quite right (myself included). After a couple of hours of looking at various techniques and combinations the grading finished for the day.

That evening Clive and Lesley invited everyone up to their house for some food, laughter and drinks (there was quite a bit of wiskey drank). It was a great chilled out evening with great company. Many thanks to Clive and Lesley for their hospitality.

Sunday morning we resumed the grading at 9am, with the focus more on partnered work, katas and focus of strikes. Everyone definately learn’t a lot from both sessions. At the end of a 3 hour session Derek decided that Denzil had shown enough to earn himself his 4th Dan. Well Done Denzil!

After the grading everyone headed down to The Old Success for a Sunday Carvery. After we had all endulged ourselves it was time to wish Derek and Elaine a safe travel back to Oxford. These weekends go by so fast but we all gain so much from having Derek and Elaine down. Hopefully we will be up to see you all soon!