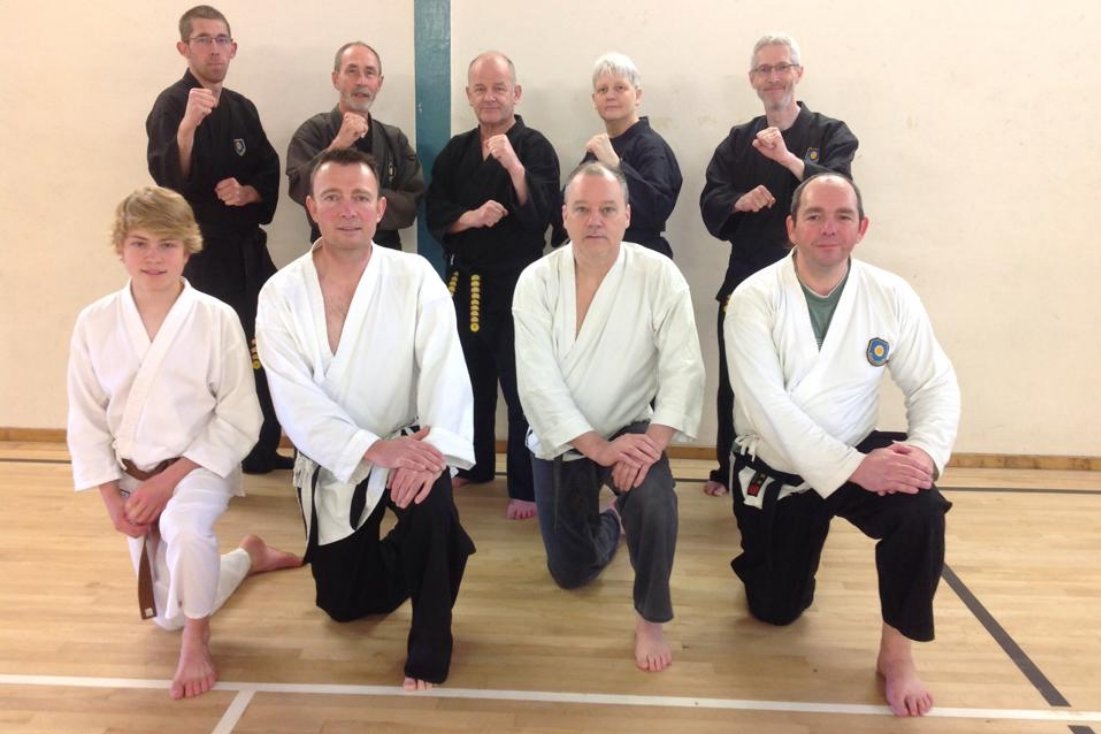 This year’s Black Belt Grading gave us a superb weekend of many hours training and assessment. Friday evening was, as usual, meeting, greeting and training followed by ale at the famous First and Last pub.

The grading though is never predictable. Saturday morning was a hard slog through the syllabus ending with an hour of taking down to the ground using scissors and sweeps.

The theory test this year was multiple choice so, instead of long rambling answers, just a circle around the chosen answer was needed… relief! The evening at Clive and Lesley’s was, as ever, a time to eat, drink, relax and catch up. Thanks again to Lesley for Saturday’s lunchtime snacks and a delicious evening feast.

Working through the syllabus continued through Sunday morning with quite some time spent on blocking, deflection and controlling. As Derek says, although MSD is a middle way a combination may be soft, hard, back to soft, hard then very hard when you hit them! The grading finished with kata, working through them up to First Dan. Although line-ups and partnered work had been included there was not the hour of free practice (sparring) like last year.

So every grading has a different format. You never know what to expect except the need to show your spirit and do your best. Then whatever the result there should be no regrets.

Verdict: those grading had reached the required standard but stances needed to be much better – although once all were warmed up and had got rid of their grading nerves this did improve.

Finally it was back to the First and Last for roast dinner then a parting of the ways until the next time.