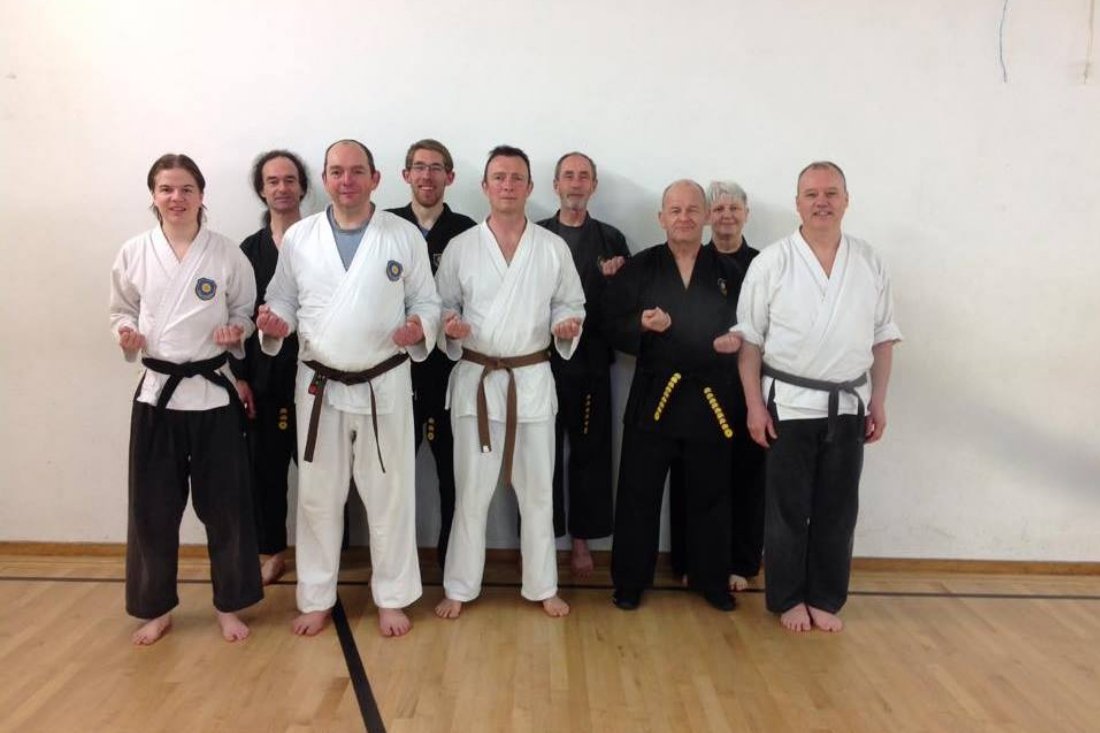 Another year, another Black Belt Grading. As usual it was held over a weekend at the Sennen Community Hall, Cornwall.

Saturday was spent on all aspects of our system and technique. Later we all spent a really enjoyable evening at Clive and Lesley’s. On Sunday we resumed on a sunny but chilly morning, not for long! Having continued on from Saturday’s theme all was put to the test with an exhausting hour of free sparring, 1 to 1 then 2 against 1. The emphasis was on fast movement and REAL but NO CONTACT! This was followed by fast moving line-ups then technique and focus testing against mitts and Shields. Finally it was time for kata including the newly introduced 7th exercise kata.

At the end of a lively session Derek gave those grading the good news and the bad news. The good news was that all had passed, the bad news, or maybe not so bad was that everyone needed to work on their weaknesses and IMPROVE.

Congratulations to them all! The grading was led by our chief, Derek Collins with help from Elaine Jaycock, Clive Double and Denzil Searle. Thanks also to Lesley who provided lunch and a great evening buffet for hungry karatekas.

Can’t wait until next year. Onward and upwards!