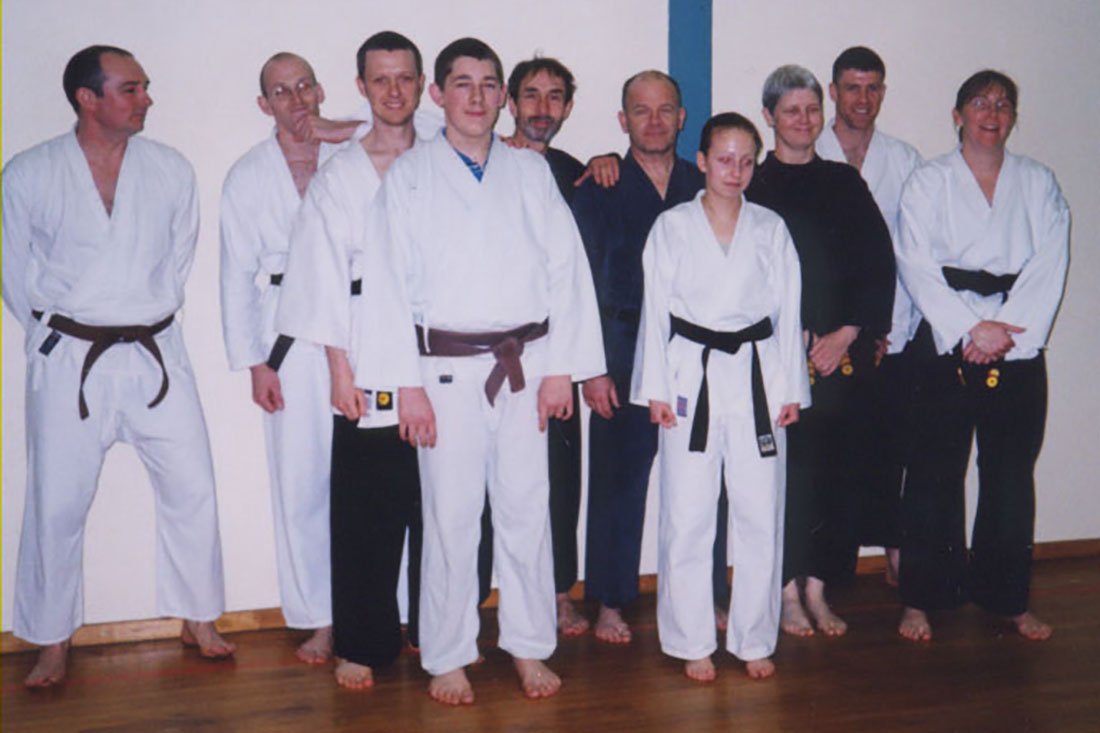 It was a long weekend, with Lauren and Luke covering the karate syllabus and doing a written exam on Saturday, and sparring and performing kata on Sunday. At the end of nine hours karate, England Mayo Shin Do Coach Derek Collins (Black Belt 7th Dan) and Assistant Coach Elaine Jaycock (Black Belt 6th Dan) were pleased to announce that Lauren and Luke had both reached the required standard and they were each awarded with a senior black belt.

Penwith Coach Clive Double (Black belt 4th Dan) was delighted to have two more black belts in the club. Lauren and Luke worked hard to achieve their new belts. Both have been training with Clive for ten years and the awarding of their black belts is a fitting result of many years of determination and effort. Well done to them both!