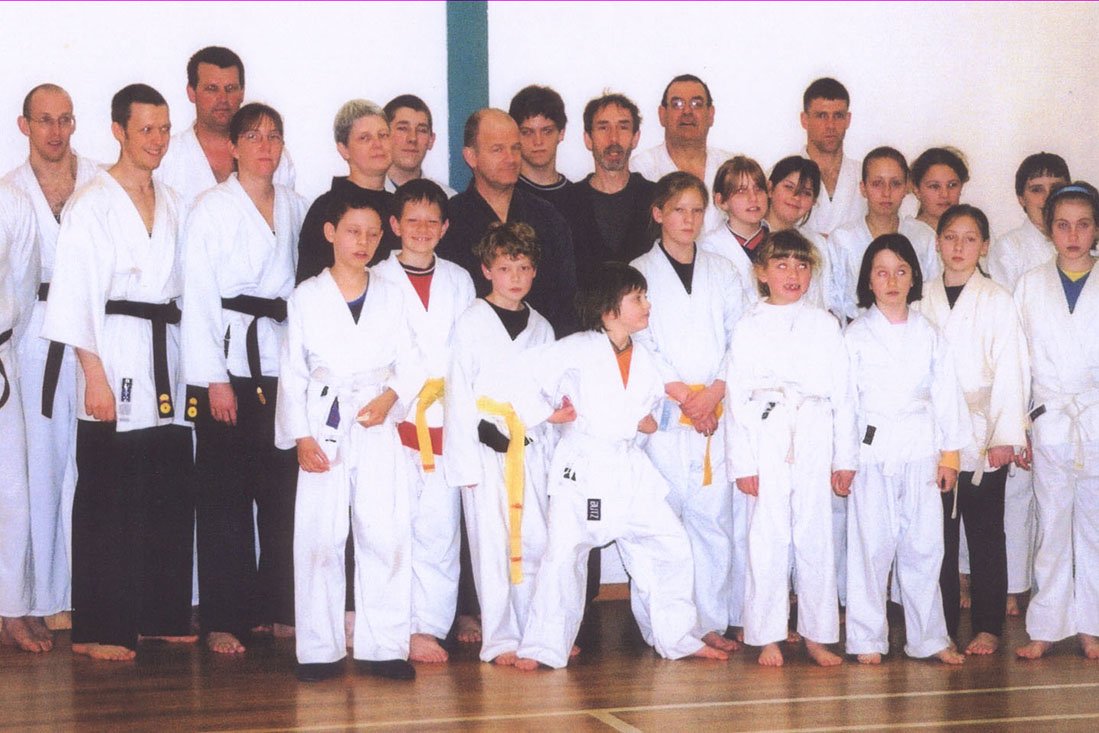 Members from the Penwith Karate Clubs joined visitors from the Oxford Area for training and grading at Sennen Community Centre last weekend. After an energetic session for everyone, senior members from all Clubs stayed on for a more intensive session and, for some from both Oxford and Cornwall, a grading. This included a written exam for those going for Black Belt and above. The sessions took place on Saturday morning, early afternoon and Sunday morning, by which time everyone was quite worn out!

Derek Collins, National Coach Black Belt 7th Dan, and Elaine Jaycock, 6th Dan, were extremely pleased with the standard of all those from the Penwith Clubs and had no hesitation in awarding the following grades:

Very well done to Alan and Luke for their hard work and commitment to the style. They are both amongst the longest serving Club members and have gained a high standard of knowledge and technique. Congratulations also to Lauren Double who, although not due to be grading, so impressed Derek and Elaine with her standard and hard work that they awarded her a Stage 1 Black Belt. Next year Lauren will face the challenge of the full theory and practical exam.

The whole weekend was extremely enjoyable. Its always good to show off our beautiful part of the country – even when the weather could be kinder!

As usual when Derek and Co. visit everybody gained a new insight into the Mayo Shin style and their own abilities. Derek stressed the importance of natural and economic movement. He explained the factors that make a technique truly effective.

Clive, would like to thank all those who supported the event. Special thanks to those from Oxford who have turned the far West of Cornwall into an exciting outpost of Mayo Shin Do Karate, and to Sennen Indoor Bowling Club for re-arranging their matches on Saturday to allow us more of the afternoon.