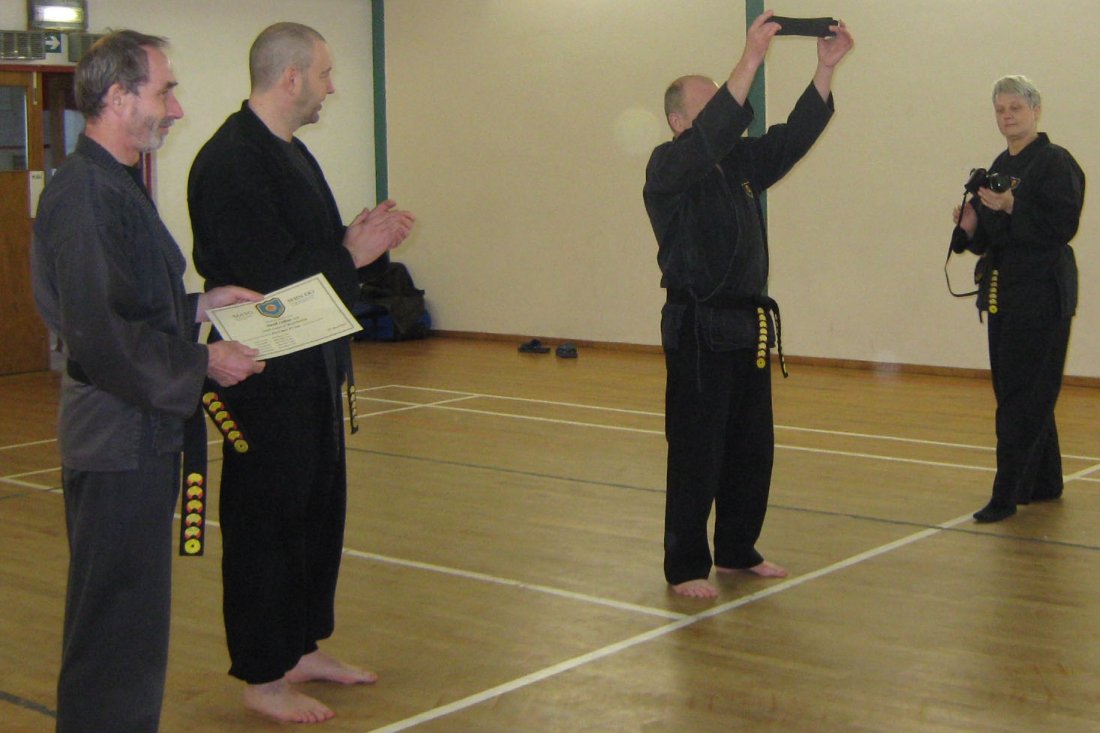 At the end of the 2010 Black Belt Grading there was one final surprise. Unbeknown to Derek, his senior students reckoned that the person who helped them achieve their higher grades should himself advance. As they say, “who teaches the teacher”

Derek Collins, our new Chief since 2004, has dedicated his life to spreading, enhancing and teaching the work started by George Mayo. His ability and single-minded attention to effectiveness and correct form is without equal so those who train in Mr Mayo’s way will benefit from tuition second to none.

Elaine Jaycock called upon John Aylwin to say a few words. John called upon Clive Double to present Derek with the 9th Dan belt, previously worn by our founder, Mr George Mayo. A special moment. A sense of history. We thanked Derek for his inspiration; Derek thanked us for the same reason.